View of the Heel Stone at summer solstice sunrise, as seen from inside the Stonehenge monument. Image via mysticrealms.org

This year we decided to take a trip with our little one to UK so that she could meet her grandparents. This was Samaira’s first trip abroad so the itinerary had to be carefully planned to suit the little one’s comfort. While planning for the trip we decided to stay in London for a few days as the vacation planner of the family I was very keen to check if I could make the trip to the so called “Heart Chakra” of the planet Earth the mysterious area of Salisbury, Glastonbury and Avebury. I looked at a number of itineraries and tours but none were baby friendly or I must say infant friendly. Then I happen to come across Pat Shelly, Pat is an experienced guide and conducts private tours of Stonehenge. I mailed Pat to find out if he could accommodate an infant on his coach tour of Stonehenge and I received a prompt reply from him that he would be more than happy. I booked a private viewing of Stonehenge on 11th August 2016 for three of us.

This was the only tour that we could take with Samaira considering that she can not travel more than 4-5 hours in a coach and as we were informed there will be lots of walking required and the terrain is not baby push chair friendly we will need to carry her we just decided to cover Stonehenge in this trip. There is something compelling about these trips which are full of excitement and mystery. A similar experience was Delphi in Greece last year where we visited the Temple of Apollo it is also considered as the Navel Center of Earth. You can read about the Greek Sojourn a journey with nearly 5 months of pregnancy. This year it was the journey to the Heart center of Gaia. My husband is not too much into esoteric journeys but has been a co traveler in many of my trips and thanks to it I am able to get some lovely shots of the place.

A lot has been written about the Stonehenge however in this blog I will be sharing my own experience of the place. I had the company of Pat Shelly an amazing tour guide however I was not able to be with him to hear the archaeological discussions as I was busy ensuring Samaira was warm and well comforted as the winds were very strong. Here is some Wikipedia information on Stonehenge to brief you all so that you understand why it was such a compelling journey on my to do list. Stonehenge is a prehistoric monument in Wiltshire, England, 2 miles (3 km) west of Amesbury and 8 miles (13 km) north of Salisbury. Stonehenge’s ring of standing stones are set within earthworks in the middle of the most dense complex of Neolithic and Bronze Age monuments in England. Archaeologists believe it was constructed from 3000 BC to 2000 BC. The surrounding circular earth bank and ditch, which constitute the earliest phase of the monument, have been dated to about 3100 BC. Radiocarbon dating suggests that the first blue stones were raised between 2400 and 2200 BC, although they may have been at the site as early as 3000 BC…………. Wow that is really really long time back and it is really amusing to see them standing tall and strong even today.

Midsummer celebrations have been held in Britain at the time of the solstice for thousands of years and  every year it attracts 1000s of visitors at Stonehenge and near by Avebury stone circles. Stonehenge is believed to have been used as an important religious site by early Britons 4,000 years ago. The Stonehenge Free Festival was a British free festival from 1974 to 1984 held at Stonehenge during the month of June, and culminating on the summer solstice. The festival was a celebration of various alternative cultures. The Tibetan Ukrainian Mountain Troupe, The Tepee People, Circus Normal, the Peace Convoy, New Age Travellers and the Wallys were notable counterculture attendees. (Source internet)

We reached this amazing site at 7.45 pm in the evening and then navigated through the grasslands inside the stone circle. The amazing serenity of the place, the crisp and pure winds , the large expanse of sky and amidst it stands this secluded circle of humongous stones. The sight actually awe strucks you , standing among these chalk stone slabs which have stood through the ages felt so familiar may be who knows this monument was visited or built by people I knew 🙂

Some people say it was an ancient timeclock, some a temple , others a passage from life to death but for me this place has something to feel within.The monument is only a landmark ,there is much more to be understood and decipher.I spend some time looking at the massive chalk stones and I was really amused just as most of the people would be as to how these  Trilithons (the two vertical stones topped by a horizontal stone) were installed in that age where each stone weighed more than 15 tonnes??. Imagine the kind of vision and leadership needed to encourage  thousands of people to work together to set up Stonehenge. Even if it was Super beings who did it as believed by many , they have surely left a mark on the planet that has undergone the test of time and still stands magnificently 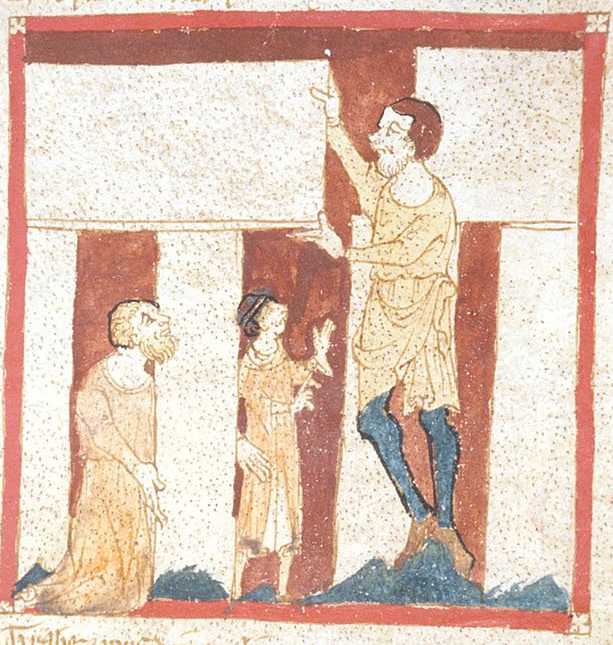 A giant helps Merlin build Stonehenge. From a manuscript of the Roman de Brut by Wace in theBritish Library (Egerton 3028). Dating back to the second quarter of the 14th century, this is the oldest known depiction of Stonehenge. (Source :Wikipedia)

There have been many theories around Stonehenge just like the pyramids of Egypt but for travelers like me who are looking to experience these sights there is much more to experience and questions than only how they were built, why they were built etc. When I sat down to meditate inside the circle I could feel impulses of energy throbbing within the heart and as I closed my eyes I could feel that a lot of energy work had been done in this place.The only thing I wanted to do as an appreciation was a blessing for the creators and contributors of this interesting monument, it is because of these mysteries in the world we realize life is much more than what we are living.

Do write to me and share your experience would love to hear and connect.

And now planning my next destination……. 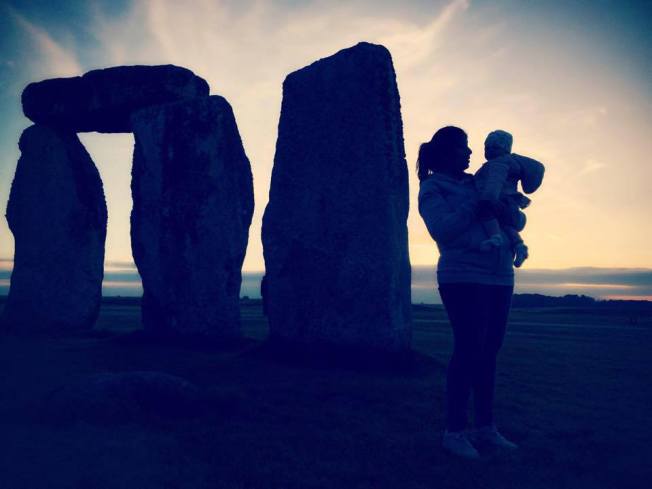