A lot of relationships are undergoing transformation with the rise in the earth vibrations some are feeling the change now whereas some have been struggling with the changes for past few years.

The issue is not a change in the partner (any relationship) or your perspective of him/her ,it is actually a change where men/women are experiencing a tug of war within, the tug of war is between the conventional projections that have been passed on through generations or simply the way society defines them.

Whenever a power becomes active, and wherever energy exists, Shakti is working. Other terms for these primal principles are PURUSHA and PRAKRITI; Purusha is consciousness and Prakriti is nature.

Lord Shiva is generally portrayed holding a trident, which represents the trinity of Īshwara, Purusha and Prakriti .

Īshwara is the omnipresent, eternal, formless divine principle; Purusha is the Ātmā and Prakriti is the manifestation, nature. An electric light can be used to explain their relationship. The electric current, which is the source of the light, is Īshwara; the light is Purusha, and the object that is illuminated is Prakriti.

SHAKTI (or Prakriti) means energy, power, movement,change, nature. It is the maternal principle – the provider, abundance. In the human as well as in the animal kingdom the mother offers nourishment, warmth and security. There is no greater love than the love of a mother. The mother carries and nourishes the child in her own body. When it is born she provides it with mother’s milk and raises it at the sacrifice of her own self until it becomes self-reliant.

SHIVA (or Purusha), on the other hand, is pure consciousness – the unchanging, unlimited and unswayable observer. Purusha has no desires whatsoever; these are inherent only in Prakriti. Purusha is the empty, clear screen onto which Prakriti projects her colourful film.

Shiva and Shakti are manifestations of the all-in-one divine consciousness – different sides of the same coin.In many pictures these two primal powers are each depicted as being one half of the same image; one side female and one side male. The left side is the Divine Mother, Pārvatī, the “feminine” energy, and the right side represents Shiva, the “masculine” consciousness.

Through the splitting of the primordial principle at the advent of creation the duality within our lives came into being, together with a strong force that is constantly striving to re-unite with the other part.

Only when Shiva and Shakti combine can action, movement and creation arise. Until energy is impregnated with consciousness it is ignorant, disordered, aimless and “blind”. Energy alone can produce nothing; consciousness bestows upon it content, form and direction. Conversely, consciousness without energy is dormant power, sleeping energy, and on its own is unable to be the cause of anything. Just as Prakriti without Purusha is unable to act, and vice versa, Purusha without Prakriti is also incapable of creating anything.

The balance between Purusha and Prakriti, Shiva and Shakti is where the creation is heading. On this Occasion of Shivratri let us invoke for creative masculine and feminine energies within ourselves.

So do not worry if in relationships your partner speaks about compassion, love,trust,passion and intimacy and gives it priority over control and dominance. Open up your hearts and welcome the change now 🙂 trust me it is for good… for you and the world.

Let us understand what is divine masculine and divine feminine: 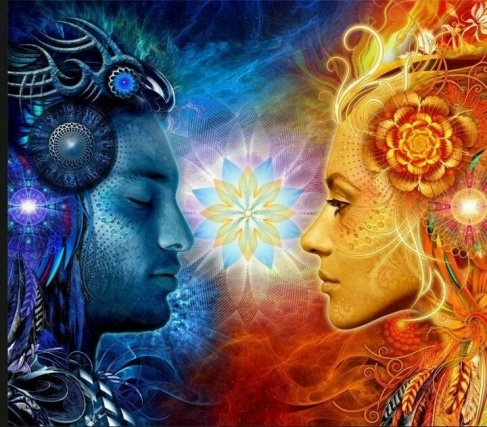 Heavy dependence upon anything outside yourself is addiction. One can be addicted to drugs and alcohol, to sex and tobacco, gaming and social media, and then there is emotional addiction where one is can also be addicted to blaming people or judging people, to illness, to debt, to being a victim, to being rejected.

In this blog I am sharing with you my encounters with addicts who use emotions, anger and control as means to feel on a high, how you can identify them and what can you do to help them and yourselves if you are one of them.

I have been working on people regarding their physical and psychological issues providing healing and life coaching solutions and I feel more than the damage that is caused by external toxic agents like drugs, alcohol and smoking people are actually addicted to being in a state of emotional highs and lows. They feel a sense of comfort by being with people where their thirst for these low vibrating emotions is easily fed.

1. The Emotional Empaths : Empaths or hypersensitive persons are in-tune with vibrational frequencies. They are vulnerable to taking on emotional “gunk” belonging to others which can cause them to feel anxious, fatigued, overwhelmed, or hurt They will relive these experiences in their heart and mind and feel on the part of the victims. On the psychological front they will suffer as they think they are powerless and cannot do anything to help others except feeling for the pain.

Physiological and Psychological symptoms: This state of powerlessness manifests as illnesses of the heart and joints (Arthritis, Osteoporosis) and obesity

What can help: Empaths can overcome their powerlessness by actively blessing people and situations, blessing earth and their inhabitants is one of the powerful techniques that is used in MCKS Twin Heart Meditation.

2. Addiction of Control : These people are my favourites as it very tough to counsel and at times they try to control you during sessions 🙂 These people gain a sense of high by trying to control others and feel gratification when people surrender to them. So for them it is My way or Highway attitude but gradually as we all want to be happy the people they control start practicing their free will , causing them to feel incapable of control. Most of the people who worked in high positions in Govt organizations, the eldest siblings are bitten by this addiction. These people are highly manipulative and can alter situations, conversations to prove their view point is in the best interest of others.

What can help? Deep and slow breathing, practicing ‘letting go’, being close to nature , Nature is perfect example of free will, waterfalls, rain, flowers blooming, birds in sky they are all so beautiful as they are all free.

3. Addiction of Anger: Ok another types really common in my healing clinic, these people come in saying I am unable to control my anger 🙂 actually the problem is they are trying to control people and situations through anger 🙂 Many a times they use anger as a means to do what they want to. Inner child healing helps a lot in identifying why people face sudden rage bursts, it is because in their childhood they saw that anger or stubborn behavior get them what they want and unconsciously they pick it up every time they want things their way.

As we are moving on to higher dimensions with earth frequencies increasing we will move to unconditional love and free will. Many people will feel things are not going their way and they will find difficult to control ,feeling alienated by the social circles. We all need to help these people in ways we can and hence this blog.

Improving Self Worth to Heal addiction

In the new age of healing and transformation, the topic of self-worth has become commonplace, and some would even argue it to be overdone. But the truth is self-worth is essential for a strong recovery. It is a powerful player in life.
Self-worth influences one’s life trajectory in many ways, and can be the difference between struggling and living a more effortless existence. When a person has low self-esteem, they may be more influenced by the world around them and their resulting actions.

It’s almost as if the connection between low self-esteem and addiction isn’t just a connection – it’s a cycle.

“The addiction itself affects self-esteem because a substance use disorder is a uniquely de-humanizing condition by itself,” Dr. Bedi said. “The addict ends up doing things they would have considered unimaginable and that are contrary to their core values.” 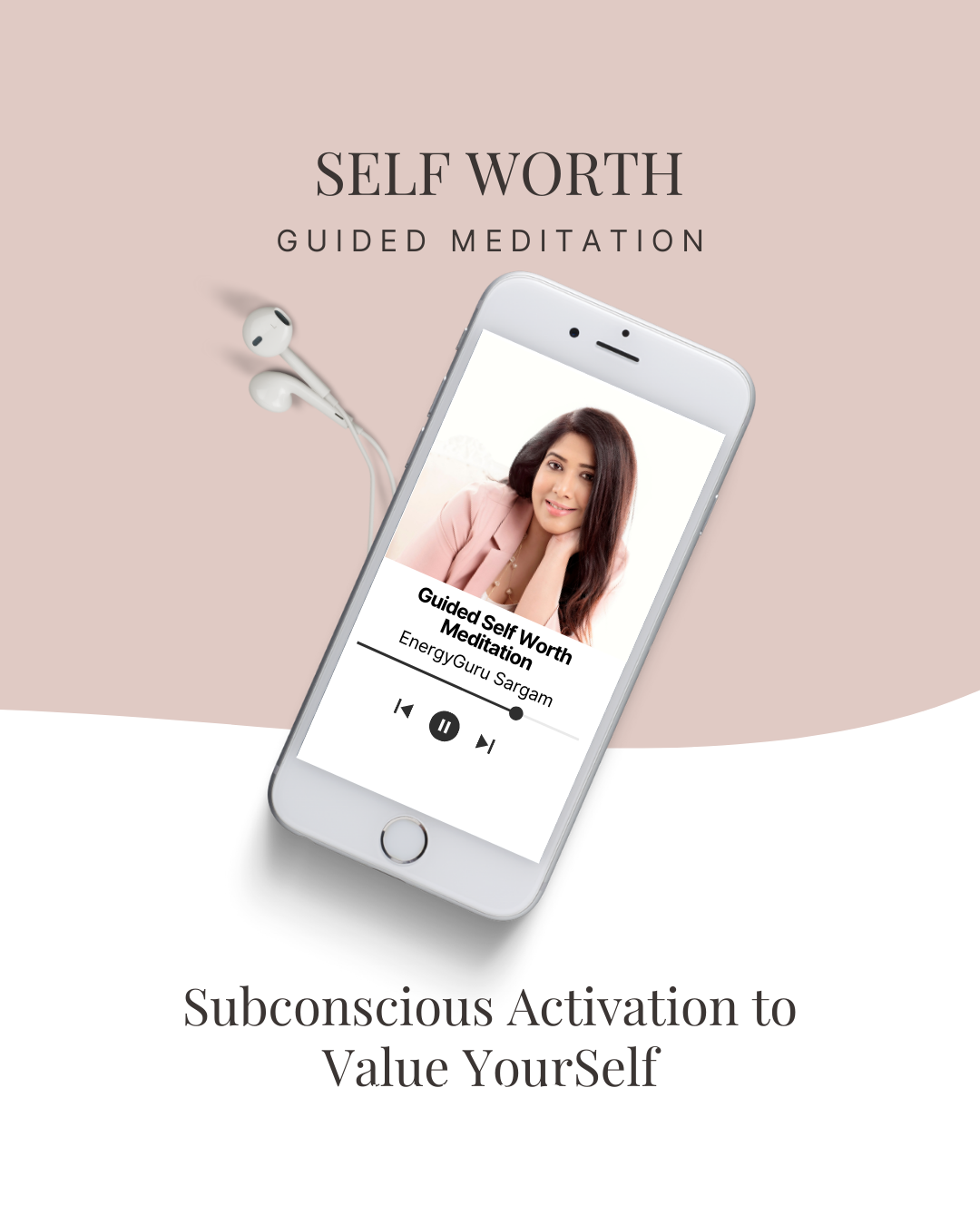 I can move beyond my addiction. Being addicted is giving up my power to a substance or a habit. I can always take my power back. This is the moment I take my power back! I choose to develop the positive habit of knowing that life is here for me. I am willing to forgive myself and move on. I have an eternal spirit that has always been with me, and it is here with me now. I relax and let go, and I remember to breathe as I release old habits and practice positive new ones.

I forgive myself, and I set myself free (Source https://www.louisehay.com/addiction/)

Note: The content is based on my 10 years of practice as an energy healer and my experience with patients